Should We Stay Together For the Kids?

For some reason, many parents believe that a divorce will hurt a child much more than living in a family where there is no love and mutual understanding for a long time, and nothing connects mom and dad. The kid becomes a witness of endless quarrels and recriminations, a hostage in the family, which tries to observe propriety, a source of manipulation and constant reproaches in conversations, invariably ending with the words, "If it were not for the child..." How to stay together for the kids properly? Should you try to make this work? 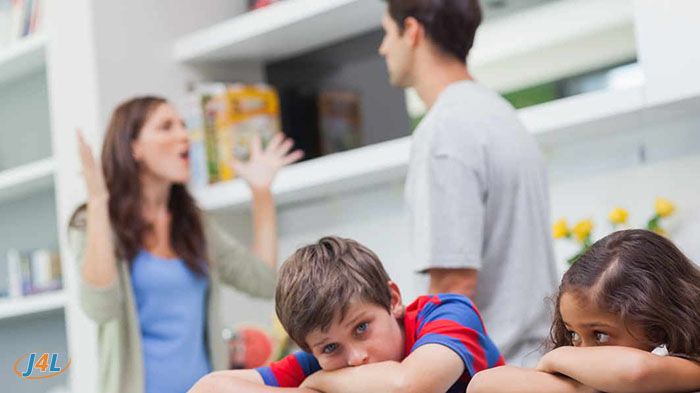 Does Staying Together For the Kids Work?

The decision to continue living together even when "all bridges are burned" and nothing remains of the former feelings is not so rarely made by people. There may be several reasons for this – a jointly acquired property, including an apartment or a house, which is not so easy to divide, and the negative childhood experience of one or both spouses who once experienced a loss of a sense of stability and inviolability of family relations, and guilt over the child for the family you did not manage to save. However, if material problems are still possible to solve, then psychological reasons, forcing two incompatible people to stay together for the kids, sometimes form a time-bomb, which seems to be almost impossible to deactivate.

Oddly enough, not those spouses that have already got over such experience are the most afraid of divorce, but those whose parents broke up. Mindful of their difficult childhood experiences associated with the collapse of the family, these people try their best not to repeat the parental scenario. Unfortunately, despite this, most often they repeat what they are trying to escape from and act, sometimes unconsciously, as initiators of a divorce.

Some parents believe that the only acceptable (both socially and psychologically) option is when the family is created for the sake of the birth and upbringing of children, and therefore you need to carry this imaginable task out to the end, even when it becomes prohibitively tough, and living together for children does not give pleasure to any of the family members (sadly, but including children). Such a heightened (or perverted?) sense of responsibility engenders a feeling of guilt for any actions, leading to the destruction of the family in any case.

Staying Together For the Kids: Pros and Cons

A model of life, communication, attitude towards the world is the main thing that a family gives to a child. The family meets the most important psychological needs of the child, including their needs in safety, communication, and love. As it is known, in a full family, traditionally, the mother performs the function of the emotional background of the family, she creates a warm family atmosphere, performs the task of giving intimacy, trusting, understanding, and the father largely represents the function of regulatory control, creates a rating system, and regulates behavior. 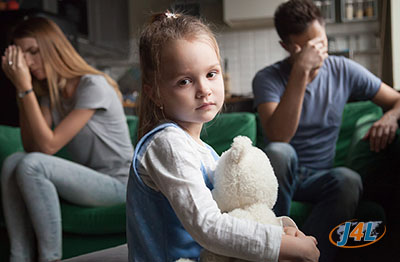 A complete family, faced the difficulties of everyday life, is coping with these roles much easier. A child in such a family knows that they are not alone, that their father and mother always stand behind them, they learn to overcome critical situations by the example of decisions made by the whole family. However, this is more a perfect concept than real life.

In an effort to save the marriage for the sake of the child, staying together for the kids, the spouses, as a rule, are guided by the interests of children. That is, they believe that it is better for a child to live in a complete family than with one of the parents. However, deciding what is best for children instead of asking them, parents proceed from their own experience and ideas about the future. In addition, our conscious desire can go against unconscious motives. So, the fear that the child’s life will certainly change for the worse after the parent's divorce can only be a rationalization of the inner parental complexes, namely, the fear of being left behind or being left alone. At the same time, parents can also project their own feelings onto the child since the fear of being abandoned sometimes comes from their own childhood, so they decide to stay together for the children.

Generally speaking, a child will never feel good in a family where the parents are in a state of enmity but adhere to staying together for the children, even if it is just a cold war. Children of any age are very sensitive to the emotions between their parents. And if big children usually react by misbehaving, showing aggressiveness towards parents or peers, committing offenses or running away from home, then the little ones can get sick, reacting neurotically. Insomnia, stuttering, enuresis, childhood fears, obsessive actions, allergies, gastritis in a child form not a complete list of symptoms caused by family distress. Sometimes, by getting ill, the child unconsciously pursues one single goal, they try to attract the attention of parents, distract them from quarrels and reconcile the two most beloved people. Small children can quickly adapt to the conditions. So, they can be cheerful and active on the street, in kindergarten, visiting friends and relatives, but this is not a reason to assume that the child is not disturbed by anything.

How to Stay Together For the Kids?

There are no hopeless situations. There are several options for further developments when you consider staying together for the kids after infidelity or just break up.

The first option is to continue living together after divorce for children. It is only necessary to weigh all the pros and cons and decide whether it is worth it. If there is even the slightest opportunity to improve relations, if the wall of misunderstanding that has arisen between spouses is only a reflection of the family crisis, then it is worth working and trying to save the family for the welfare of all its members, and not just the child. In the period of establishing relations, you shouldn't embroil a child into it, try to pull them over to your side, and devote them to the subtleties of relationships, concerning only two adults. No matter how old a child is, they will never be able to understand the real reason for disagreement between parents. But you shouldn't hide your feelings from them as well. It is only necessary to make them understand that there are situations when things may not be smooth in relations between people.

Talk to your child about what is happening. Especially when they ask questions. All those things that adults are silent about, the children consider terrible and intolerable. The products of their imagination can be much worse than reality. And, of course, a child should never witness scenes of parental disagreement. And yet, it is not necessary to take action to initiate a divorce until both or one of the spouses have a strong conviction that this step is necessary. You can infinitely converge and diverge with the person only as long as there are no children. If there are children in the family, then you need to have the strength to make a certain decision and follow it since the constant parting of the parents is very hard for the children.

If the spouses fail to adequately get out of the situation, if they do not have enough strength to end the marital relationship in the least traumatic way for everyone, then, unfortunately, another option is possible, which is far from rare. So, people diverge, but the relationship between them does not end. Having failed to resolve the disagreements, being still married, they continue the war even after its termination. They involve the child in a fight between themselves and set them up against their ex-spouse.

This happens more often when a woman is single, and her husband has a new wife. Does staying together for the kids work in this case? No, we just want to advise you to stop doing this because revenge poisons life to a greater extent. In the end, if you cannot cope with your own negative feelings towards your ex-spouse, do not make the child a bargaining chip and a scapegoat. 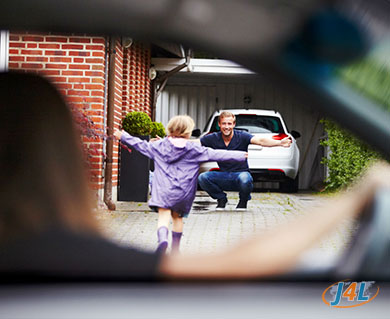 Your kid is not to blame for anything. Think first about them in this situation. And direct your energy into a positive vibe. Life is too short to waste it on a war with phantoms.

The third option is also not rare, and it is about finally getting a divorce. "Should we stay together for the kids?" question has been solved in the most radical way possible. The child remains with one of the spouses - more often with the mother - and the second one often visits them. This option is almost perfect if the child can communicate with both parents as often as they want. It is believed that the house loses its masculinity with the departure of the father. Of course, it is harder for mothers to take the boy to the stadium or impart to him purely male interests. The child no longer has a role model of male behavior.

As for the girl, her right attitude towards the male sex can easily be distorted due to the undisguised insult to the father and the unfortunate experience of the mother. In addition, her idea of a man can be formed incorrectly. However, these are stereotypes and they “work” when the mother, holding a grudge against the entire masculine gender, “puts an end to herself,” making the decision “to live for the sake of the child.” If she actively includes all her male relatives in the upbringing, or rather, in communicating with the child, if she does not lock herself within the house, then there is a high probability that the child will have an adequate attitude towards people of both sexes.

In general, in the case of a divorce, children require special attention, patience, and love of both parents. Try to spend more time communicating with your child. The task of adults is to convince the child that they have nothing to do with it, that the divorce is connected solely with a misunderstanding between the parents, and it will in no way affect the relationship between father and mother to their child. Whatever the relationship between the parents may be, the child must feel that their father and mother will love them as much as before. By the way, the younger the child is, the easier it is for them to accept any life situation as a necessity and inevitability. The child is not yet familiar with social stereotypes, and therefore, it’s good for them what’s good for mom and dad. Therefore, saving a marriage “for the sake of a child” who hadn’t even turned 3 years old is not logical even if you have the most altruistic motives. Your kid will not remember their early years and when they grow up, there will be nothing wrong with having only 1 parent, it will serve as a norm, so they will understand you when they grow up.

If you want to find your perfect match for building family, check out our Ukrainian single dating site.