Important Signs She Has Moved On and You Should Forget Her

If you clearly understand that something goes wrong in a relationship with a girl, don’t panic. In fact, the psychology of relationships examines the characteristic signs and manifestations of how to understand that a girl moves on, thanks to which you can predict this and change something. You just need to timely identify signs she’s over you and understand the nature of the problems.

Awareness of a problem in a relationship and a desire to change is already 50% of success in a relationship (even if you date online). But if the relationship is ruined due to a lack of feelings on her part, it is not always advisable to look for ways to keep the girl if she wants to leave. In this case, there is no prospect in a relationship. So, what are the signs your ex-girlfriend is over you? 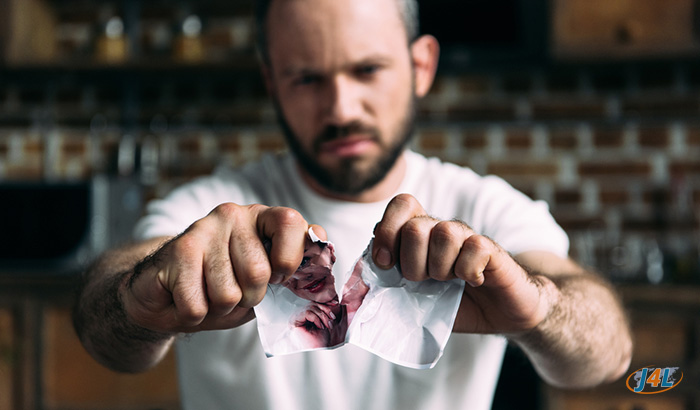 Why You Should Not Chase an Ex Who Is Over You

Yesterday you were together, and today you have become almost strangers. Romantic relationships often turn out to be so unsteady that they end at the most unexpected moment. A breakup is difficult for not only women but also men. Actually, it turns out to be even more difficult for them since men don’t show emotions openly. But it doesn’t mean that you should chase a woman who is over you. And that is why:

Don’t start being clingy in this situation. If she is over you, this must be taken for granted. You should reconcile, any attempts to return her will only aggravate the situation. Put an end to the relationship. You should stop any attempts to get her back. This is one of the conditions for successfully overcoming a breakup. You will only suffer and torment her. It will not return love, and you will only lose respect in her eyes.

You should be with someone who will accept you exactly as you are. You will feel much better if you can just say goodbye to her. After all, you have a life, and you don’t have to spend a minute chasing someone who doesn’t respect you. Spend time with your friends, work more, and enjoy your hobbies. You don’t want to miss all this just because you’re too focused on a woman who’s not interested in you, right?

Disrespecting her boundaries and her new life

Women are often scared away by excessive attention, simply called obsession. Men want to show their concern, demonstrate their willingness to exploit for the sake of their beloved. But girls need space for their own actions. Maybe she has a new boyfriend, and you only annoy her. She doesn’t need you if she ignores you! 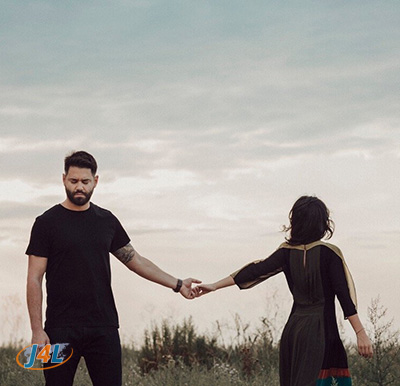 Not paying attention to better girls

A young man can deify his ex so much that he considers her an unattainable ideal. The main thing is to understand that this is a profound mistake in time. There are no perfect girls. If you spot the signs ex-girlfriend is over you, then this is her choice. She wasn’t the only one whom you were destined to meet (even if you were deeply convinced of this).

True Signs Your Ex-Girlfriend Has Moved On

If you are reading this article, then, most likely, you faced the question of how to know if your ex-girlfriend is over you. In fact, this is a very unpleasant situation when you understand that all those months and years have been wasted. Nevertheless, you need to determine for yourself whether she is really over you. We have compiled a list of signs ex-girlfriend has moved on that will help you in this difficult moment.

When she’s over you, she perfectly understands that a difficult conversation awaits her. Of course, she just wants to get up and leave you without sharing property, tears, and torment. The fact that it is necessary to discuss this issue is often scary. That is why many women consciously begin to provoke quarrels to end relationships.

She ceases to give warmth, becomes unemotional, closes from you and the outside world. Similar signs your ex-girlfriend has moved on could often be observed in those who have not been loved for a long time. But if suddenly she still has a fire in her eyes, and it is not aimed at you, likely, that the woman will physically leave soon (internally, she already has one foot behind the door).

3. Decrease in concern and interest

While some women like to express their dissatisfaction, others prefer to restrain their emotions until they finally burst and splash out like a volcano. She stops caring about what is happening between you. She stops hugging, kissing, and caring for you. For example, she doesn’t prepare breakfast, iron your shirt, etc.

Is she over me? Yes, if a woman says you, “I don’t want to spend time with you,” “It is not interesting with you.” Of course, it happens that you like kayaking and she likes sunbathing for days. This doesn’t mean that you urgently need to immerse yourself in the hobbies of your loved one. No. But if she and you have only your own interests, then this is a dangerous symptom.

What are the signs she’s over you after a breakup? If previously you went somewhere together on the weekend, traveled, spent time together, then now for some reason, the girl is becoming inaccessible. She’s getting too busy all the time. She constantly has some excuses, unplanned things, meetings, etc. All this may be a sign that the girl wants to leave you.

6. No plans for future

Even if you don’t discuss whether you will have a family, at least, you have planned something in advance – where to go to relax with tents or which mountain resort to choose for December. If the lady doesn’t see the future with you, these topics will not be discussed by her. You may notice that she no longer dreams of a joint future and doesn’t talk about it. This is one of the obvious signs she has moved on.

7. Ignoring of flirting and sexual hints

How to know if she is really done with you? All you get in return to your flirting is cold silence and ignoring. It can be different: you write her a message about how much you miss and look forward to seeing her, but she sends you “ha-ha-ha” in response? Such an attitude can mean a lot. But let’s be honest! Don’t fool yourself, she will leave soon.

What to Do When She’s Over You?

What if a girl is over you? In such a situation, first of all, you have to calm down. And then, do the following:

1. Try to understand her motives

First, you need to find out what kind of separation the woman plans: a short pause or a complete breakup. Sometimes girls provoke loved ones with statements about the termination of relationships, desperately attracting their attention. Perhaps she needs care, more communication, and tenderness. Before being offended, you need to ask her about the reasons for this decision.

Even when a woman speaks directly about her intentions, don’t give up. Women are inclined to doubt and analyze for a long time. After breaking up, girls continue to mentally return to their ex-partners, ask themselves about the correctness of the decision. Having lived at a distance of a couple of weeks, you can try to return the relationship. She may accept this offer. 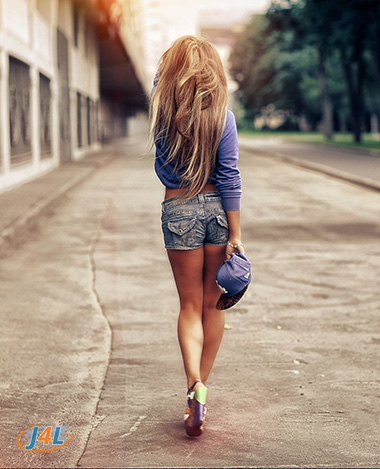 How to tell she is over you? Well, perhaps the girl has fallen in love or found someone else. In such a situation, you don’t need to lose your manhood. You can say that you don’t want to break up. If this doesn’t work, then show your pride and say that you respect her decision and just end the conversation. If you end this unpleasant conversation with a manly expression and don’t show that it disappoints you, then there is a chance that the girl will be back soon.

If a woman strongly insists on ending the relationship, don’t try to stay friends. Such a connection rarely becomes sincerely friendly. There is no need to continue painful communication because your feelings may make you depress. Such emotional dependence is fueled by self-flagellation, jealousy, and it lasts for years.

Bonus: Signs Your Ex-Girlfriend Is Not Over You

According to some absurd law of the universe, couples first break up and then begin to miss each other. Perhaps you, looking at the photos of your ex, are sad in the evenings to the songs of James Blunt in the hope of returning everything. And if you are interested in whether she still has feelings for you, just keep your eyes open and remember these 4 signs of her behavior.

1. She doesn’t delete your photos from social networks

People who don’t want to be connected to something by another person almost always delete shared photos from their personal profile. If this doesn’t happen, the woman is probably still in love with you. This is one of the signs she will come back to you, but many guys don’t pay any attention to it. A special case is when she deletes all the photos but leaves one or two where you are together.

They say that one of the best strategies that you can use after a breakup is to break any connection. It is advisable to do this to avoid confusion. If you ask her to leave you alone, but she continues to write or call you, then this is one of the obvious signs your ex-girlfriend is pretending to be over you.

3. She remembers your pleasant memories

If your ex constantly finds a reason to mention those times that you were together, then she obviously misses them. The day of your first date, your favorite vacation spot – all these memories are pleasant to her. Therefore, she often talks about them. And also she does it to cause such emotions in you.

4. She is still alone

If your ex still loves you, then it is likely that she will avoid new relationships (at least, for a while). And even if she went on dates with someone or had a short affair, but tried to hide it from you, it was in order not to harm your relationship. One of the reasons the girl wants you to know that she is single is that she still hopes for a comeback.

As a result, we can say that most often women return to their exes, following their feelings and hearts. They rethink their past lives, remember their and partner’s mistakes. But some women return only because of fear of losing their lifestyle, their wealth, the ability to meet their ideals. It is also possible to return due to the jealousy of other girls. Some simply can’t find their soulmate. They rush back and forth in search but rarely come to success.

But if a girl dramatically changed her behavior and relationships towards a man, became indifferent, and irritable, most likely, she thinks about moving on. Such a decision doesn’t arise from scratch, so a man needs to understand the real motives and reasons that violated the relationship. If you work on yourself, change for the better, and satisfaction of her requests don’t work in the right direction, then most likely, she simply no longer has feelings.