Types of Toxic Women You Should Better Avoid

On the different European and Ukrainian dating sites, pieces of advice are appreciated like the gold bars, you can easily find the answers to many questions in which you are interested. People can consult you even on the topic like, “What do I need from the life?”, and they will do that with joy and completely free of charge. In addition, they will tell you where you should better look for a potential soulmate.

Mothers of unmarried guys wish them to find a good single girl with a splendid character who will become a good cooker and lover for their sweethearts. However, usually, everyone keeps quiet about how to have a successful relationship and what kind of girls should they better avoid. Nevertheless, this is an important issue that requires careful consideration. Let's look at some examples of girls who can wear the “Toxic partner” sign around their neck.

"Money? My man should give me money! " – it is a life creed of girls with toxic behaviors. You can wonder but the crowds of nymphs with scared eyes of a deer are still in active search of their source of income.

Such girls perceive a man as a donor, their youth as their capital, and themselves as a commodity, which should be sold profitably in time to a worthy candidate. As a rule, such girls gather in the fashionable cafes of the city and look for the next victims who are about to fall into the hawk's paws.

They gorgeously laze around, doing it beautifully and without even trying to pretend to be a person with a job. It seems to them that their true mission is to look good and impress the society with outfits, and anyone who conquers them will win the best prize. Such girls are confident that looking good is a job and men should pay them for it and give money for a monthly tuning which consists of dozens of cosmetic procedures. They have increased their passion for "selfie" to the commodity-money level. In general, there is nothing wrong with the fact that a man wants to be a mountain and a support (including a financial side) for his woman, but one should think twice before starting such toxic behavior relationships. These women see the rich prince search as their only life task. 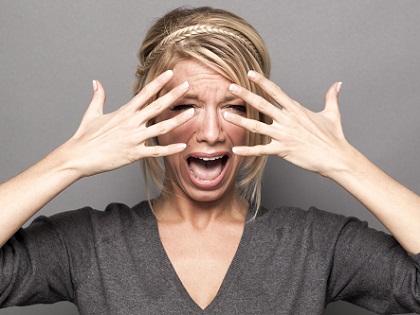 Life for such lady is a real battlefield, where she is the heroine of a tragedy who struggles daily alone with the imperfections of the world around. In toxic relationships with such a girl, there will always be a place for claims, night calls, complaints and demands to help. After all, her life is a series of continuous obstacles and an eternal crisis. She always does more than others and suffers the most.

Dangers lie ahead everywhere for such girl, and even spilled coffee is a problem of the universal scale. She thinks that everyone is against her and wants to harm: friends who are not friends at all, a family that never loved her, and especially you who forgot to bring her a bar of chocolate. It’s high time to think about letting go of toxic relationships.

Society is doomed, everyone is wrong, and the world is unjust. Her boyfriend becomes another source of eternal problems in this picture of the world. Such girls, as a rule, drink a lot, drowning their sorrows in wine. Although, even after drinking a little, they can lose their sense of balance.

If you look at the situation from a bird's eye view, then it will become obvious that the real problem is not in the outside world but in the girls themselves, who for some reason try to play the role of the victim around the clock. Whether life without drama seems to you not so bright and interesting or you love genuinely Brazilian TV series so much to avoid successful relationship and be in a toxic one. Don't be provoked!

The unity of opposites is a long-known fact, but you should better not try to be with someone with whom you have too different views on life and family.

Perhaps you think that you will be able to change the girl completely and make her like you want, but people cannot change with force. Of course, all people change over time, and it is cool to evolve with a person you love. However, it's cool to change when you want that, when these changes please you but not when you secretly hate them and want something completely different. It’s one of the signs of a toxic relationship.

Hobbies, political preferences, and religious beliefs can be inculcated and changed. But if both of you have too different ideas about living together, about the future, the division of roles in a couple, responsibilities in the family, then this can and should become a stumbling block. Such a relationship will inevitably face an impasse at a certain moment. Why do you need that? It's unlikely that any of you will change your views. As a result, both partners will be unhappy.

What is a toxic relationship? You can live for a long time and think that you love someone to death, and your constant quarrels are just the natural complexity of the relationship. But you need to understand that you are just too different people. Live, create, sleep and have breakfast with those who are with you on the same wave. 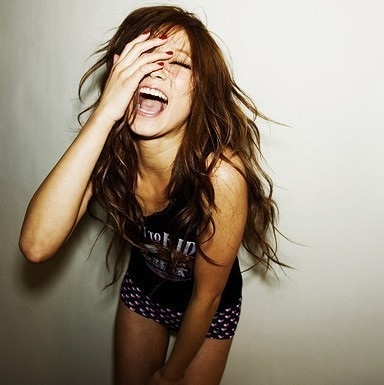 Do you remember Gollum from the "The Lord of the Rings" and his famous, "My precious!"? Many ladies immerse in new relationships with such fanaticism, becoming literally obsessed with their boyfriends. Such a girl needs to be together with her soulmate all the time and existence without him becomes unbearable at all.

She will write you 100 times a day, call hourly and check where you are. She can even track your movements around the city. Remember that the relationship with such girl is a trap and such behavior is one of the signs of a toxic partner.

As a rule, these girls do not have friends. They change their partners from time to time because the boyfriends behave badly with them. The reason for such problems is not that all the men behave like pigs, but because these girls have neurosis, which requires a way out. And for this way out they need a certain person and relationships in which they become obsessed and, as a result, suffer. These girls tend to get all hysterical and react to everything too emotionally and blame you for that.

Love is a synthesis in which two people complement each other. If a person replaces the other person for the whole world, this means that she simply does not have her own world. Why do you need such a toxic partner when there are so many wonderful girls?

The presence of one's own life, interests, and friends positively influences any relationship. Be very careful with those girls who sleep and see you as their only "precious". There are chances to end badly.

There is nothing good in the fact that many girls assert themselves by their boyfriends in front of others. All your male friends will sadly pat you on the shoulder and sincerely feel pretty bad for you.

These girls are constantly looking for a target in order to fight with him in an unequal match. You will be rather an accessory to her bag than a worthy partner. They will not give you an opportunity to express your opinion, and each your comment will be publicly criticized, making a mockery out of both you and those who will agree with you. You will hardly be able to spread your wings with such a toxic partner even if you are a real eagle.